The Swedish Chocolate Balls will taste even better if you leave them refrigerated overnight.

Personally, I prefer them with grated coconut, but they are also traditionally made with icing sugar (florsocker in Swedish).

If you visit a cafe in Sweden, they will likely have chocolate balls and various other pastries. These are typically served with coffee or tea, in what is locally known as Fika.

At cafes, they are typically larger than bit-size, but the homemade ones should be bit-size.

Recipe and taste might vary slightly from cafe to cafe, and even some families will have their own recipe. But the basics are still the same with oats, vanilla sugar, sugar, cacao powder, and butter.

Some might replace the coffee with milk, but in my opinion, they are much tastier with coffee in the batter. Typically, you won’t feel the flavor of coffee in Swedish Chocolate Balls, but it definitely adds a special flavor to them.

I make these several times a year at home, and they are so simple to make. The preparation only takes a couple of minutes, and forming the balls and dipping them into grated coconut or icing sugar goes quickly as well.

I would also urge you to let them refrigerate for a couple of hours to make them more solid in form. Since the butter should be mixed at room temperature they will be quite soft before refrigeration.

The correct term for this pastry is Chocolate Balls, which in Swedish is called “Chokladbollar”. They are one of the most popular assortments to eat when having a fika, and they are common across the whole country.

They were previously known as “negerbollar” which would translate as something like nigger-balls or negro-balls in English. This term is not used anymore since it’s considered to be racist. Some older folks will still use this term, although it’s generally frowned upon.

Chokladbollar are also sold in supermarkets in Sweden, and the most popular brand is known as Delicato. Some supermarkets also make their own and sell them fresh in the delicacy counter.

Personally, I prefer to eat homemade ones since this recipe for Swedish Chocolate Balls is really good, and gives you around 25 servings. Since they are so easy to make, it’s a great family activity, even for younger children. The ingredients are also cheap to buy.

It’s easy to make a vegan version of Swedish Chocolate Balls. Simply replace the butter with non-dairy butter. Just make sure to choose a non-dairy butter which has a solid form. Otherwise, the batter will be too loose, and you won’t be able to form the balls in your hand.

Have you tried this recipe for Swedish Chocolate Balls? Leave a comment below! 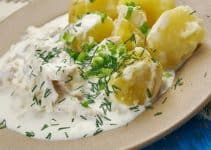 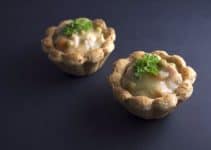 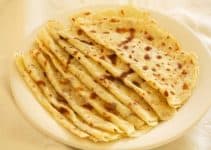